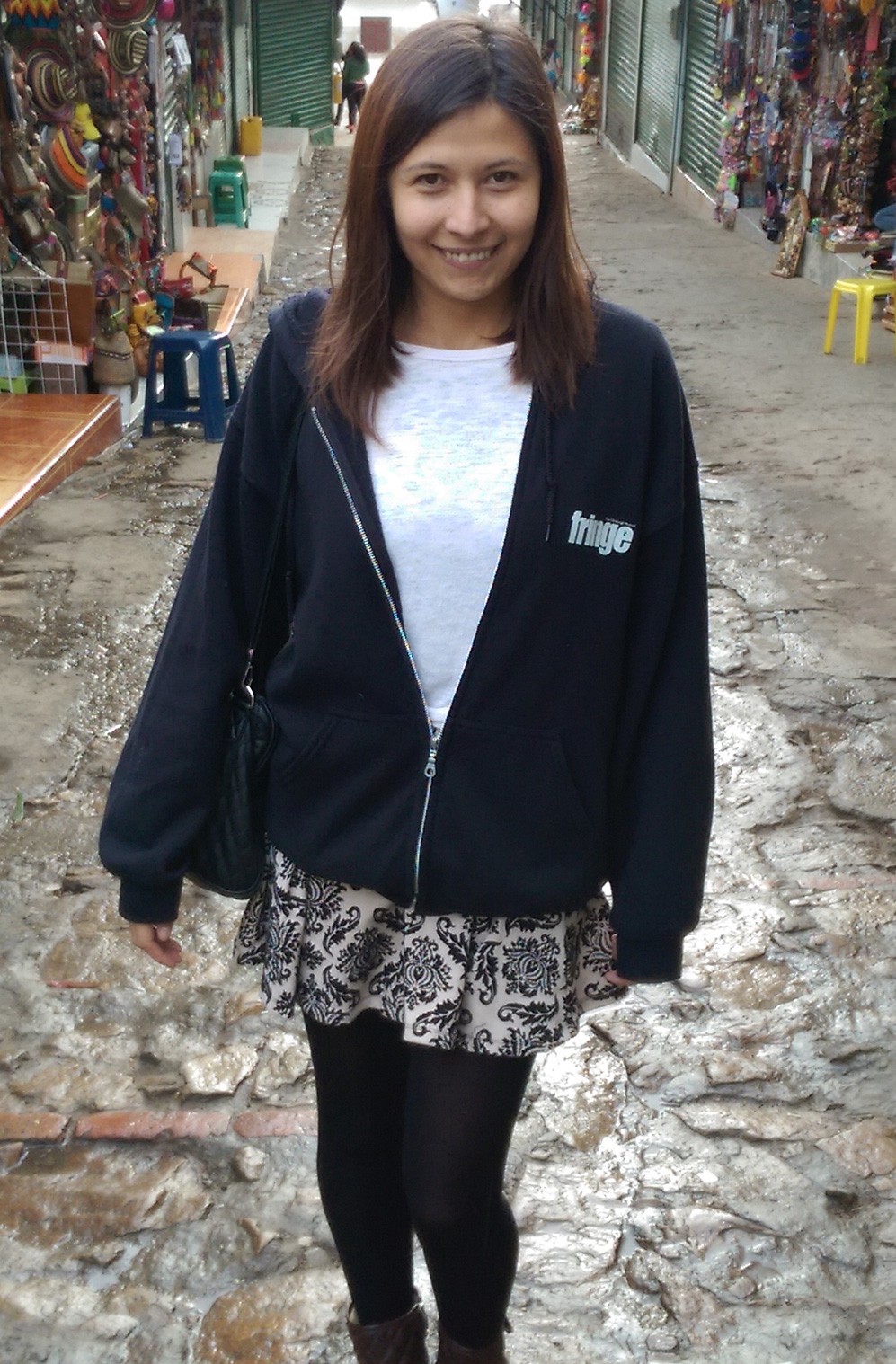 This is Lily. Isn’t she cute?

Before continuing, I have a disclaimer. There are many, many couple selfies that didn’t get into this website. However, there are still some, which although distasteful do give you a good idea of how romantic this holiday was. I promise you that previous sentence was the most doughy, guffy thing I’ll say.

Oh yeah, and I was in Colombia because of a wedding. At least, that’s what I thought. In reality, though, I found out just a week before we left that I was actually going to Bogotá to impress upon Lily’s old-fashioned parents that I’m a nice, responsible man with honourable intentions regarding their daughter, and that this relationship will most likely last forever.

And then going to a wedding.

So, a week before we left, I wrote down several paragraphs that I felt would satisfy this tradition, somewhere between sincere and lighthearted. No, you can’t see it. Then I asked Lily’s sister to translate it for me. She told me that she cried when reading it – a good sign. Then I began trying to memorise the syllables, so that while delivering the speech I’d at least sound like I understood what I was saying.

I feel it’s important to note here that I come from a family not known for its emotional outpourings. We don’t even say “I love you”. I mean, we’re English.

So the idea of reading “maybe you’ll soon be my in-laws” text, in Spanish, to my relatively new girlfriend’s parents, who I’d never met before, was both a terrifying and exhausting prospect that hung over my head from day one. With that in mind, read on…