I’ll let the photos here do most of the talking, but just a little context.

Colombia is a mining country. they have some of the earliest mining on record. Today they have the largest coal reserves in Latin America, almost half of their exports come from mining and they are the largest producer of emeralds in the world. In one part of Bogotá you can find a group of guys standing around with little glass magnifying glasses, buying and selling emeralds in the street. Colombia has been mining for salt for 2,500 years. 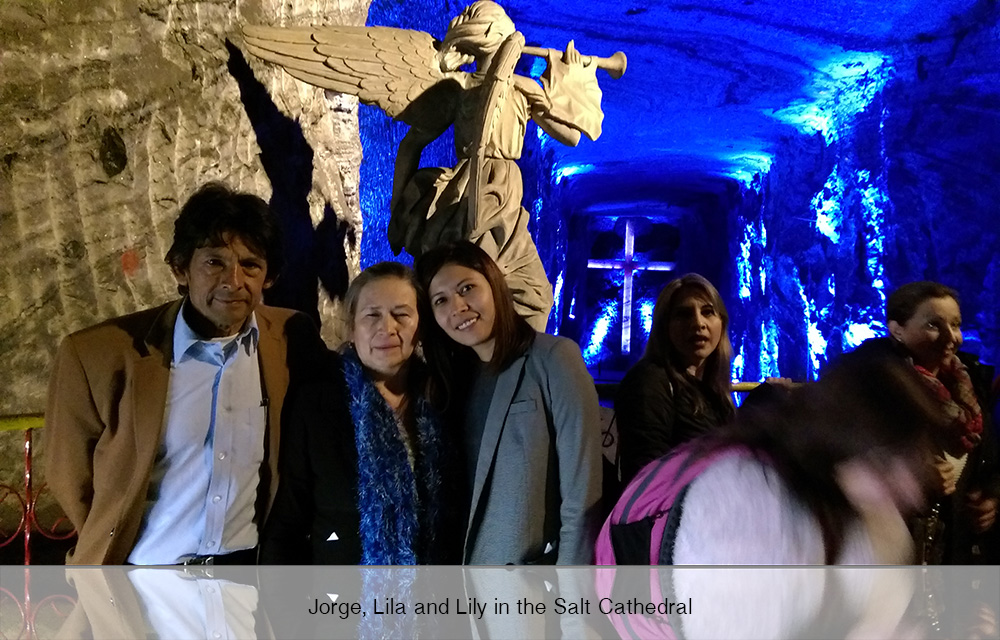 We parked the car about an hour out of Bogotá and walked up a hill to the mine entrance. Hills are tough for Lila, but we got there. I was already impressed with her when at the top we were told that the mine tour was a two hour walk. I turned to Lily and said “we can’t do that, can we?” “She will tell us if she needs to go back,” Lily said. In case you think this is foreshadowing, it’s not – Lila’s amazingly determined no to let the arthritis hold her back.

Having never been in a mine before, I didn’t know what to expect, but the answer isn’t surprising: a lot of empty space underground. Large passageways with cavernous holes branching branching off on either side. The salt is blasted out of the mountain with water and chemicals. The brine is cleaned, refined and evaporated into salt. Some of it was seeping through the walls, hardening into giant white salt patches (I licked one, it was salty).

The miners, terrified of their dangerous work, built small alters to God, hoping to stop the frequent collapses. I’m hazy on the details, but I believe a priest found out about the altars, and came to turn the mine into a Cathedral-of-sorts. It has a functioning church (which receives 3,000 people every Sunday), marble sculptures, a dome, a labyrinth and a salt theme park.

The main idea is just a lot of caverns – 14 of them, representing the 14 stages of Jesus’ last journey carrying the cross. 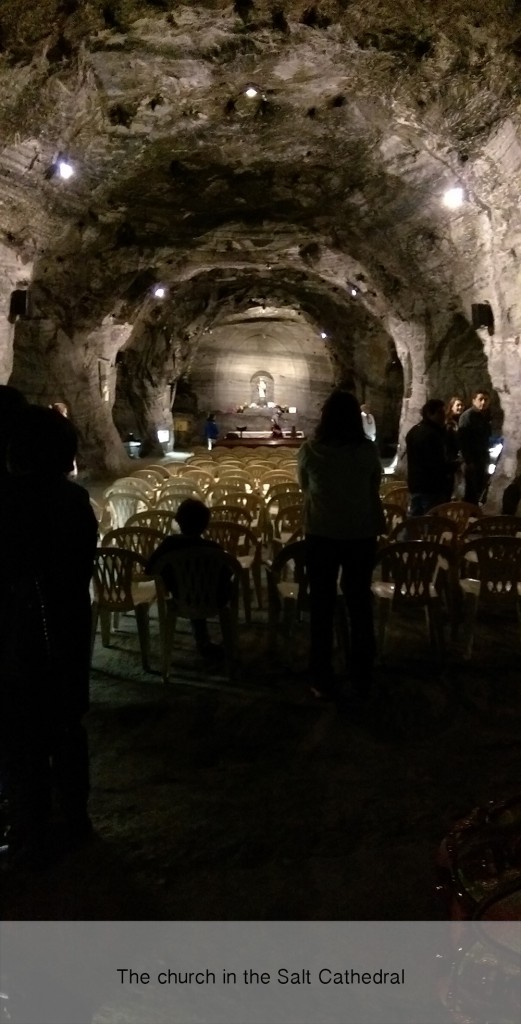 A side note: Lily told me that Colombians are weirdly obsessed with Jesus’ abs. He’s ripped, everywhere you look. You can hear the commercial now: “ARE YOU READY FOR THE BODY OF CHRIST? GET CROSS-FIT TODAY WITH CRUCIFLEX AND BE A MAN AMONG AMEN!”

Talking of which, that’s not the only record down here – the Cathedral also boasts the biggest underground cross in the world.