The plane was delayed by an hour. So, we left late, getting to the airport right on time. That was good. Then things started to fall apart.

At the check in desk they said we had to go to the tax desk. Then they made us reschedule our connecting flight for later, because of the delay. Lily then had to pay a tax (for some reason I didn’t), but they’d only accept cash in Colombian pesos, and we didn’t have enough. Her dad luckily did.

Then they said that Lily couldn’t enter the USA without a return ticket, so we had to spend $300 to get one on July 6th, but when paying for it her first card didn’t work. Her second did. Just this part had taken 40 minutes.

We said goodbye to Jorge and Lila. Lily got searched going through security (again, for some reason I didn’t). I went to the toilet and while sitting on the bowl the automatic lights went off, leaving me in the pitch black. Then, when washing my hands the automatic tap was so strong it wet my jeans at the crotch. Lily and I joked – how much else could go wrong?

On the plane, we didn’t have seats next to each other, although we fairly soon got a switch. The TVs weren’t getting a signal. We sat on the runway for at least an hour. The plane took off, and only after the movies had been going for about 20 minutes did the air hosts walk around with headsets. Then, as we were landing, Lily’s phone dropped off her knee and slid all the way from the back to the front of the plane down the aisle. Lily put on make up “for customs”. I laughed it off.

We weren’t in New York yet, we were going via Orlando, land of Disney dreams, where princesses meet handsome men who whisk them away to a better life. That narrative was far from ours in the airport.

I got through customs quickly. Rather hopefully, I made a note of the exact minute I got into the baggage claim hall – I wanted to be able to tell Lily exactly how long I’d been sitting there, waiting for her to get through the international queue.

She was grilled about her work, her savings, our relationship, her life. She cried at one point, thinking they weren’t going to let her through. When they did, they basically told her she wouldn’t be allowed back into the US again for a long time. We embraced, had a couple of quick slices of pizza and waited for our final plane, taking us back to New York.

Over the last week I’d been on a resort island, a tropical beach, in a mountain jungle and in a hotel spa with a roof deck in Bogotá. As I write this in Orlando airport, the weather channel is telling me it’s 11ºF in NYC, and “feels like -2ºF”. That’s -19ºC.

But, at least my girlfriend (and, as her parents are concerned, my future wife-to-be) was with me, and we had a new sublet to go to.

[It’d turn out that the sublet was infested with bed bugs, giving us the equivalent of apartment AIDS, and forcing us to live in a mid-renovation apartment, sleeping on a blow-up mattress for a few weeks. But that’s for another website.] 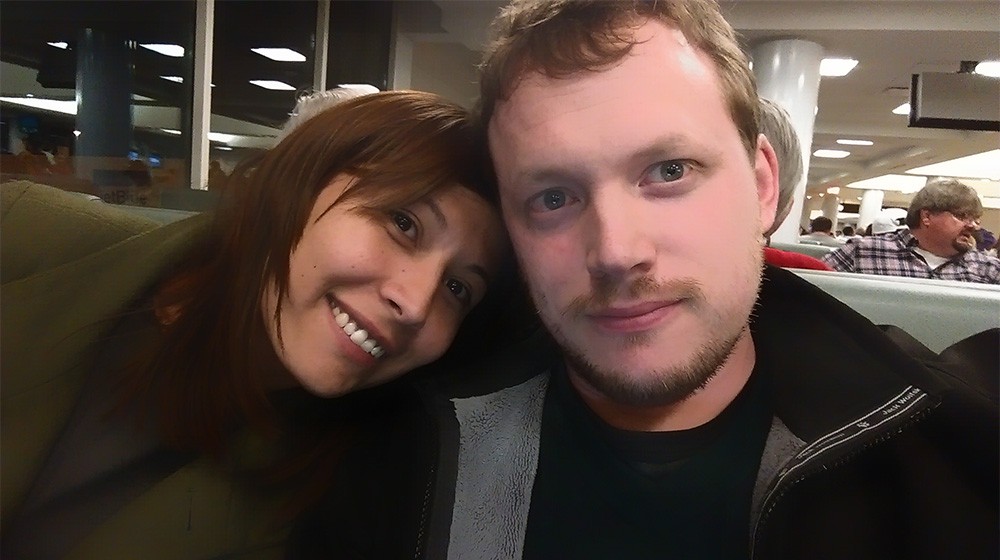 Sitting in Orlando Airport, where this is being written